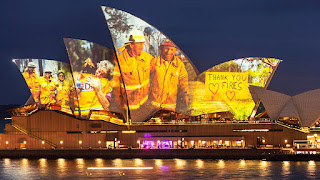 Your visit to Australia can never be complete before you visit Sydney Opera House—the iconic building situated on the Bennelong Point beside the Sydney Harbour. The building, which is now in the UNESCO World Heritage List and the National Heritage List, is the most conspicuous structure in Australia. Since its establishment in 1973, the building has become the centerpiece of the busy harbor, attracting millions of tourists from all over the world every year.

If you are planning to visit the top tourist attraction sites in Australia, make sure Sydney Opera House is on top of the list. This structure offers much more than just an eye-catching façade. Over and above its complex architectural designs, the building hosts numerous popular restaurants and bars where visitors unwind as they enjoy their favorite meals and marvel at the intricate construction of the building.

The groundwork for this building started in 1959, but it wasn’t until 1962 that its architectural designs were completed. The unique structure is the brainchild of Jorn Utzon—a famous Danish architect. Its distinctive radical sail design pushed the parameters of construction engineering and understanding of the time to new levels. However, there were several major glitches during the construction process. For instance, the Australian government called for modifications to the original plan in order to create space for four halls contrary to the initial plan to have only two halls.

These changes resulted in serious space issues, including an opera stage that is too small for a grand opera. This led to major disagreements between the architect and the Australian authorities, forcing him to leave the country even before the project was completed. The entire structure, which cost $160 million to build, took 14 years to complete and was formally opened by Queen Elizabeth II on 20th October 1973. It was fully financed by the public through lottery tickets.

Things to Do at Sydney Opera House

Despite its lack of space for a grand opera, this building hosts over 2,000 shows and festivals a year. Sadly, only 15 percent of these shows are opera. However, there are all kinds of shows, music festivals and art exhibitions that you can enjoy including standup comedy, orchestras, ballet, dances, international concerts, theater shows, indie rock festivals among others.

When you walk into the Sydney Opera House for the first time, you suddenly realize how massive and dazzling the space really is. The building houses seven performance stages, six of them are indoors and one outdoors. The building’s management offers a 2.5-hour tour of the backstage every day at 7 o’clock in the morning. This is a rare opportunity for you to explore the building before your favorite show begins. With the help of a tour guide, you will visit different stages, rehearsal rooms, dressing areas, and orchestra pits. You will also get insights into the various operations that are critical to making every performance successful.

As the sun sets, the Sydney Opera House becomes a piece of art as the colorful lights irradiate its scalloped-wings. The view of the sparkling structure from the Harbour is just spectacular. This visual experience blends perfectly with the music from outdoor concerts to offer a truly memorable experience.

4.    Cruise Around the Harbour

You should also take a scenic cruise around the Sydney Harbour for some unprecedented views of the Opera House, Royal Botanic Gardens, and other unique sights around the Harbour. This cruise also gives you an opportunity to enjoy welcoming Sydney weather on an open Harbour cruise ship. It’s a once-in-a-lifetime experience.

Posted by Ngugi Wa Chege at 1:57 AM No comments: